For weeks now I’ve been sitting in on edits of our new podcast and it’s killing me that we have to wait another two weeks before we release it to the world. It’s so good! It’s made by two of our longtime producers here – Sarah Koenig hosts and Julie Snyder produces – and it feels like the greatest stories we ever do on This American Life and it also feels like something totally new.

I’m writing today to say it premieres on Friday October 3rd. It’s called Serial. We’re releasing not just one episode, but two episodes that day. You can subscribe to the series and hear a preview here.

Wait, did I bury the lede? Yes, this is our very first spinoff show! We have a spinoff! We’re making two shows, not one! That’s news, right? It’s the first brand new show from the staff of This American Life since 1995. And yes – we’re old. Sorry about that. And yes, this is not going to be on the radio. Podcast only!

We’ve tried to continually reinvent how we tell stories on our show and this is the next step. Instead of bringing you a new theme and a new set of stories each week the way we do on This American Life, Serial brings you back every week to the same story, to tell you the next chapter. Our hope is to give you the same experience you get from a great HBO or Netflix series, where you get caught up with the characters and the thing unfolds week after week, and you just have to hear what happens next, but with a story that’s true. And no pictures. Like House of Cards or Game of Thrones but you can enjoy it while you’re driving.

Each season of Serial will be a different story and the first season is about a murder. Sarah Koenig is – no question – the best radio reporter in the world for this job. Did you happen to catch the hour-long story she did, where she re-investigated a murder committed by this doctor named Gilmer? I felt like every ten minutes, I learned something that changed my whole idea of the case and the story and in the end, she found exculpating facts nobody at the trial on either side knew about. It was perfect radio. It’ll be amazing to hear Sarah do this once a week.

Subscribe now, while you’re thinking of it. Listen to the preview. You won’t be sorry. 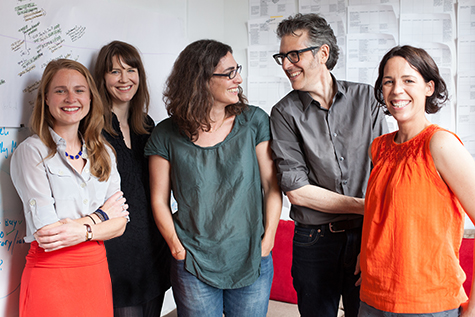