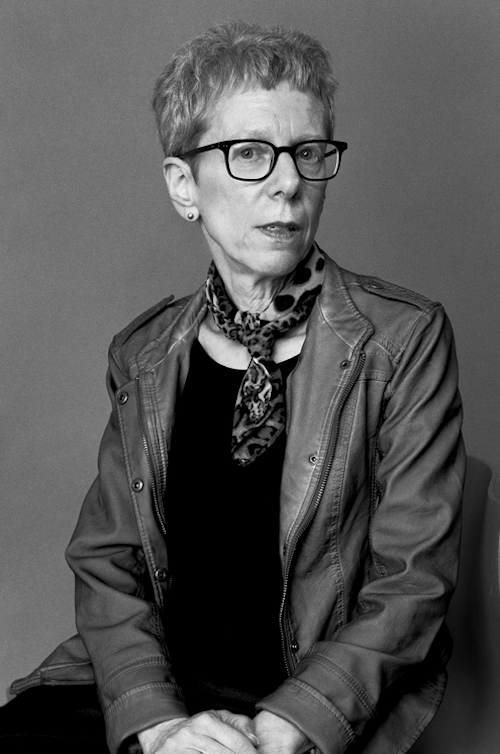 Photo: Ryan McGinley for The New York Times
Ira writes: There’s a great profile of Terry Gross that the New York Times Magazine has put online. By Susan Burton, who used to be a producer on our show. I love how the article gets across how hard her job is, and what a grind. And it gets across what’s so special about her as an interviewer. I had no idea so many people fantasize about being interviewed by her! Who knew that was a thing? I’ve always admired how well she imagines herself into the mind of the person she’s interviewing. Like she once asked the magician Ricky Jay something like “Is there ever a trick where the behind-the-scenes stuff – the secret stuff we don’t see – is actually more interesting than what we DO see?” Inventing a question like that is such a pure imaginative act of empathy. She does it all the time. She asked my cousin Philip Glass, memorably, “Do you ever try to write music that doesn’t sound like Philip Glass music?” The greatest question he’s ever been asked in an interview. “Yes!” he responded, excited by the question. “And every time I fail.” So I’d always noticed that in her work. But there was a point eight or ten years ago,when I realized how cunningly good Terry is at interviews where she talks to a reporter about what's happening on their beat. Especially the complicated haven't-we-all-heard-too-much-about-this-already stories like “what should we make of the latest news from Iraq or Syria?” Those interviews are a staple of public radio and so hard to do well. They require that the interviewer artfully choose which examples and details to focus on to illustrate the big picture, wrangle interviewees who head off in directions that might not be so productive (but have the good editorial sense to know when to let them march off in unplanned directions) and, on top of all that, it's best if there are a few points where the interviewer expresses real curiosity about real things they're wondering. So many times I've found myself admiring how smartly and strategically Terry chooses her examples and overall focus, and how she brings real questions she personally has been wondering about. She's incredibly efficient in those interviews. I don't know any other word for it. They seem to speed to where they're going and to cover so much more ground than you usually hear. There've been times when I've re-listened, just to hear the order of the questions and to figure out what was planned and unplanned. Like a magician sitting in on another guy's act for two nights so he can figure out the trick, to steal it. Hope it’s okay to have two references to professional magicians in one blogpost. In the end maybe the biggest thing that makes her special is just good editorial judgment. The fact that she's making these decisions in real time, correcting and re-correcting course with the interviewee sitting in front of her, means that she's doing David Remnick's job, but with a great improviser's performance chops. Not surprising that she loves jazz artists and stand-up comedians so much. She's their journalist peer. Really so much comes down to her judgment. I think when we talk about what makes someone's work great, we overemphasize technique and not enough gets said about the importance of having interesting taste. In the end, whether you're David Simon or the South Park Guys or Beyonce or a radio interviewer, that's so much of the game. Terry's a person with broad-ranging very interesting thoughts about things. She's up to the job. An interviewer doesn't need to be as interesting as her interviewees, for sure, but she needs to be pretty damn interesting, and, more important, to have the taste to know what's truly fascinating and new.