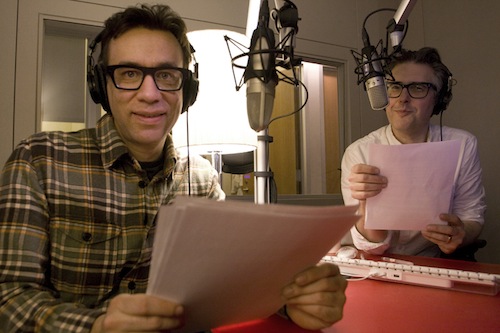 For this week's episode, the Saturday Night Live and Portlandia star co-hosts the entire hour, and he does it in character. He'll be imitating a public radio personality, one familiar to This American Life listeners. The theme of the episode is doppelgangers. Armisen says he worked up the imitation hoping to do it on SNL, but the public radio personality isn't quite famous enough to be mocked on network TV. Tune in this weekend, or get the podcast Sunday night!

1/11/13 UPDATE: NBC has posted the video of Fred's impression of Ira, filmed during a dress rehearsal of Weekend Update in 2011.