In this week’s episode, “The Magic Show,” host Ira Glass and producer David Kestenbaum dive back into the world of magic to learn things they never knew as kid magicians. Here, we’ve got photos of them as kids performing magic tricks, along with their memories of being magicians.

This is what I wore for all my shows. I really loved that cape. Felt very official. I’m probably thirteen in this picture. I was surprised to realize last week, that I was still doing magic into high school. Like, I was a sophomore, with a girlfriend, when I finally quit. Somehow I’d imagined that these were two different eras of my life: magic, then girls. Like two distinct developmental stages. 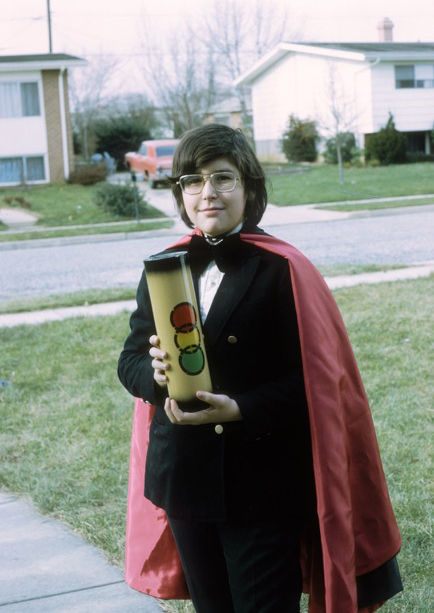 This by the way is my neighborhood in suburban Baltimore. The photo was taken on our front lawn. 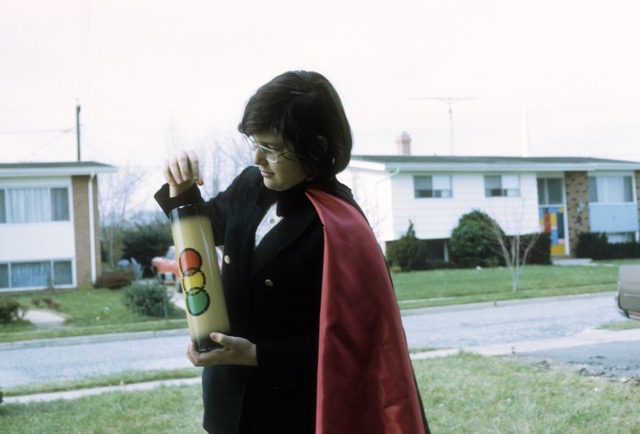 This is me and a friend doing a Christmas gig. 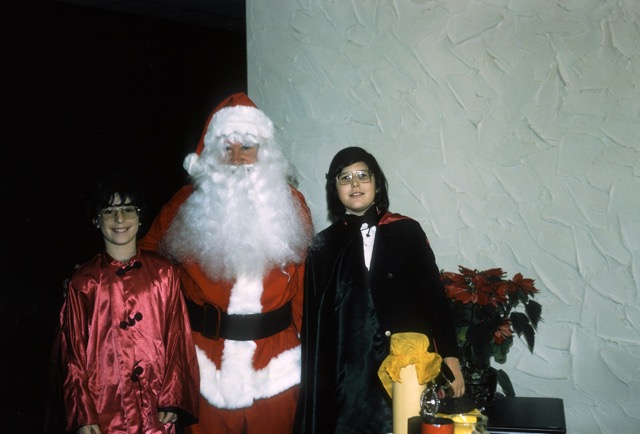 Performing for my Uncle Max the weekend of my bar mitzvah, in my bar mitzvah suit, in the house I grew up in. Max was a World War II vet, at Normandy on D-Day, kind and patient as hell through my act. 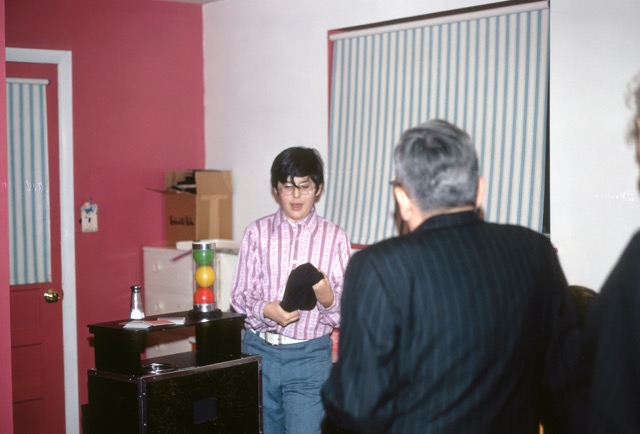 This trick involves putting some ingredients in a can, setting it on fake-fire, and producing a glass of candy, which is then thrown to the kids in the audience. 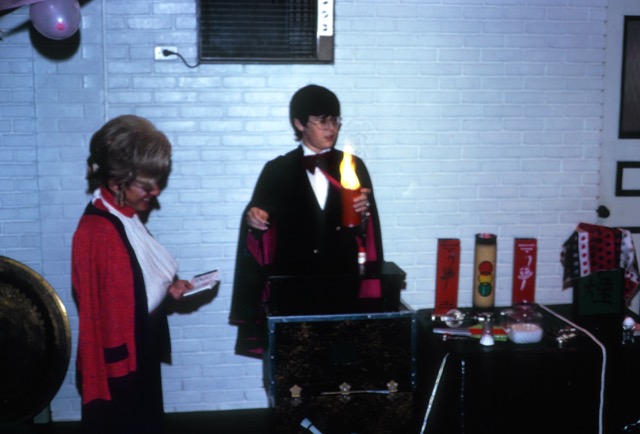 End of the act. I know. That scarf – produced from nowhere – is kind of on-the-nose. 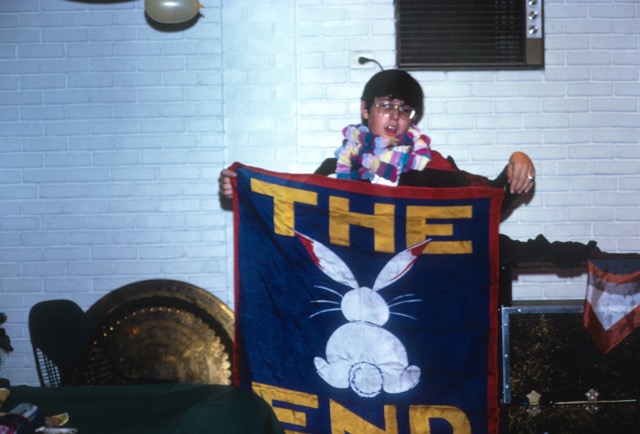 My little sister Karen and me. I have no idea why we’re posing in front of the family Buick. 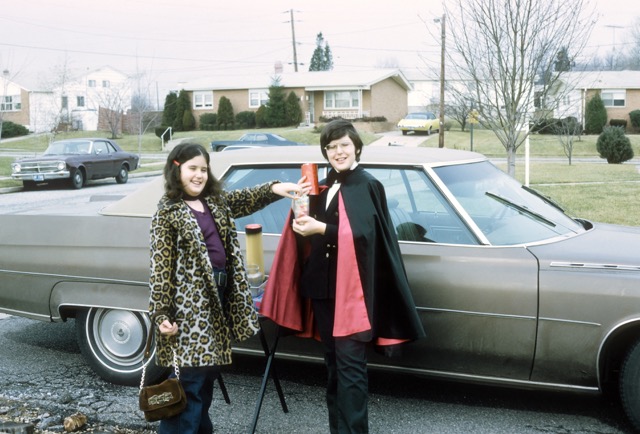 My first time on TV, on a local Baltimore show hosted by Larry Angel. They’d booked this noted magician and magic historian Milbourne Christopher who was on a book tour. I was the local angle. He’s very graciously assisting me here in one of my baby magic tricks. I remember he was quite kind, and gave me a copy of his book Magic: A Picture History. 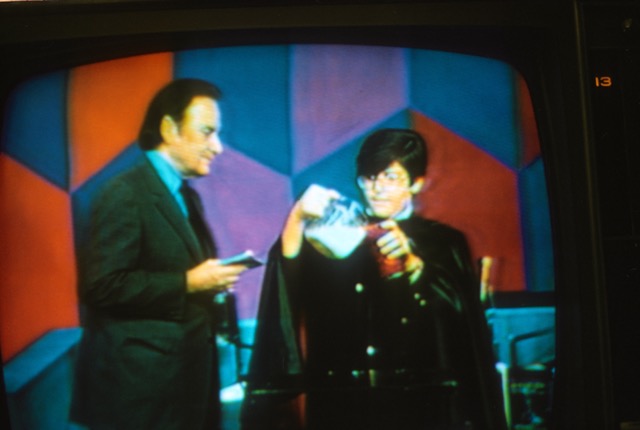 Yes, I am old enough that my childhood was pre-VCR. If your kid was on TV in those pre-consumer video days, you documented it by simply taking photos of the TV. It took me 27 years to get onto TV a second time. 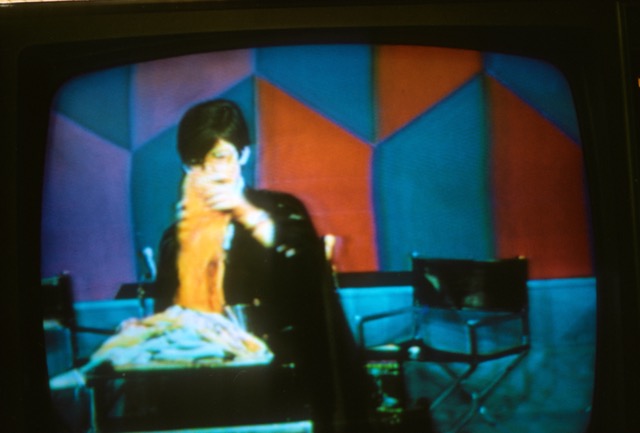 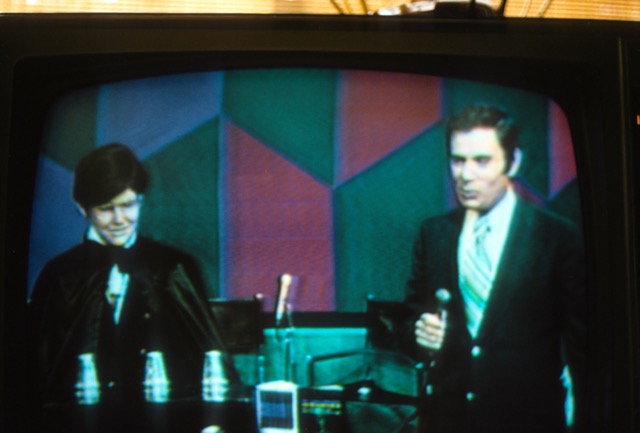 I’m probably 13 or 14 here. It’s the early 70s. I was so uncool I don’t think I’d started wearing blue jeans. Like, they were too hip for me. My interests at the time: Star Trek and magic and Broadway shows. 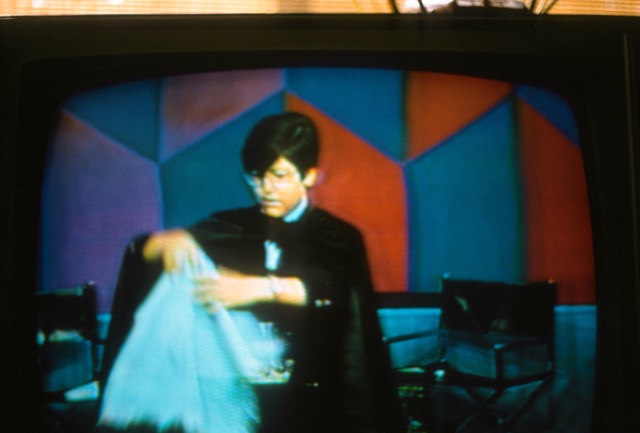 A top hat I’d gotten as a gift. For several years, a top hat is all I asked for. 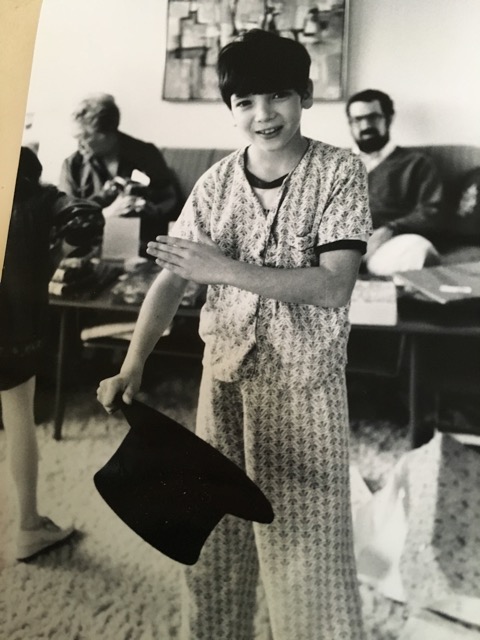 That’s me in a handsome shiny blue vest. It never crossed my mind to wear a cape. My mom did sew some nice table covers for me though with secret compartments. Thanks, Mom! 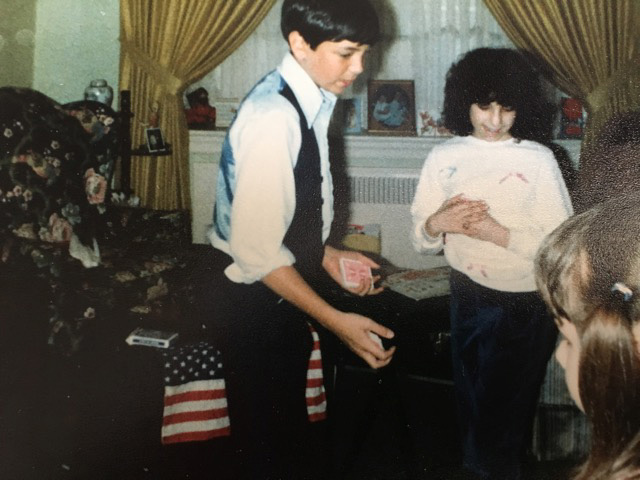 I’d always thought I got hired because I was good. It strikes me now looking back at these pictures there might have been another reason—that adults found it adorable to hire a little kid who would come over in his three-piece suit and do magic tricks. 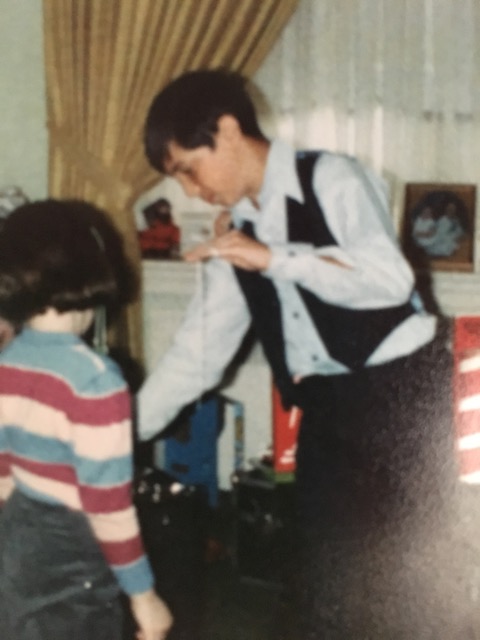 I think this is from a class I took on the weekends at the elementary school. That cylinder I’m pulling the scarf out of is homemade. The silver is aluminum foil. I don’t remember how it works. Though from the way the scarf is coming out I have an idea. 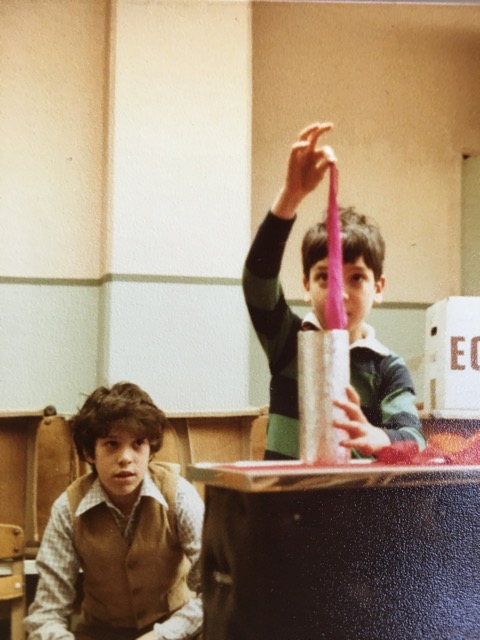 Me and the floating orb. Not as good as Teller’s. 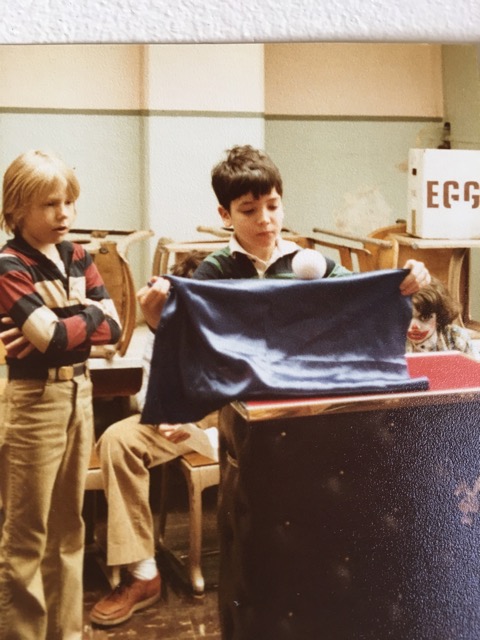 I called up the kid in the background the other week. (I had performed at his little brother’s birthday party a couple times.) They both still remember a lot of the tricks. I do think magic is powerful that way. It sticks with you because you can’t square it with how the world is supposed to work. 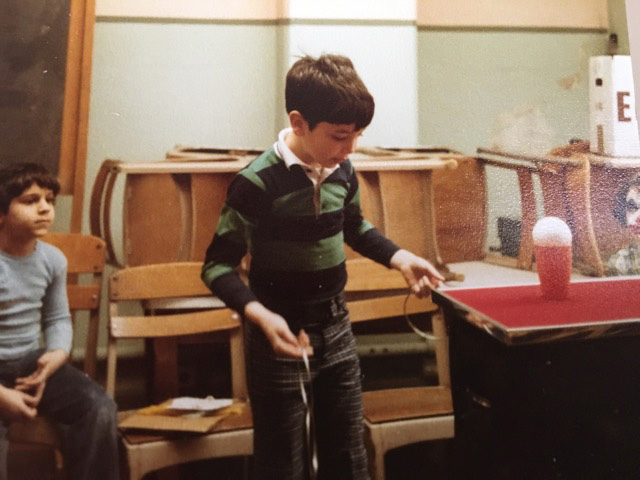